[TCG]Sobre de Película 1 - The Dark Side of Dimensions

News on the TCG Version of Movie Pack 1 for this July!

Yu-Gi-Oh! The Dark Side of Dimensions Movie Pack is a 57-card, all-Ultra Rare foil set containing 53 brand new cards and 4 old favorites with all-new artwork! Each pack contains 5 cards in a flat rarity system (all cards are equally rare).

With original Duelists Yugi and Kaiba front and center, we can all expect a lot of Dark Magician and Blue-Eyes White Dragon action.

Because Blue-Eyes White Dragon is also the star of May 2016’s Shining Victories booster set, and Dark Magician headlines August’s The Dark Illusion, Konami Digital Entertainment, Inc. is offering an early release of the Yu-Gi-Oh! The Dark Side of Dimensions Movie Pack in advance of the animated film.

This early release will enable Duelists to pack their Shining Victories and The Dark Illusion-era Decks with the powerful new Blue-Eyes and Magician cards featured in the movie! The new Neo Blue-Eyes Ultimate Dragon Fusion Monster can attack up to 3 times in one turn with its 4500 Attack Points (quickly ending almost any Duel). In the unlikely event it’s destroyed, this powerful Fusion Monster’s spirit lingers in the Graveyard, protecting your other Blue-Eyes monsters against card effects.

What about the bad guys? The upcoming theatrical release introduces a new villain, Aigami, whose dimension dueling Cubic monsters make up a big chunk of this set. Cubic monsters have wide-ranging powers to shut down your opponent’s monster effects and stop them from attacking. Their math-centered strategy builds up over time, with each round of monsters getting you more cards to work with and setting up for the next level, building ultimately to their massive Fusion Monster, who slashes the opponent’s Life Points in half with every attack!

MVP1-JP002 Kaiser Blood Vorse / Kaiser Vorse Raider
DARK Level 5 Beast-Warrior-Type Effect Monster
1900/1200
(1): If you control no monsters, you can Special Summon this card (from your hand).
(2): If this card destroys an opponent’s monster by battle: This card gains 500 ATK.
(3): If this card is destroyed by battle: The monster that destroyed it loses 500 ATK.

MVP1-JP003 Assault Wyvern
LIGHT Level 4 Dragon-Type Effect Monster
1800/1000
(1): When this card destroys an opponent’s monster by battle: You can Tribute this card; Special Summon 1 Dragon-Type monster from your hand or Graveyard, except “Assault Wyvern”.

MVP1-JP004 Blue-Eyes Chaos MAX Dragon
Level 8 DARK Dragon-Type Ritual Effect Monster
ATK 4000
DEF 0
This card can be Ritual Summoned with “Chaos Form”. Must be Ritual Summoned, and cannot be Special Summoned by other ways.
(1) Cannot be targeted or destroyed by opponent’s card effects
(2) If this card attacks a Defense Position monster, inflict doubled piercing battle damage to your opponent.

MVP1-JP005 Deep-Eyes White Dragon
LIGHT Level 10 Dragon-Type Effect Monster
0/0
(1): When a face-up “Blue-Eyes” monster you control is destroyed by battle or by your opponent’s card effect: You can Special Summon this card from your hand, and if you do, inflict damage to your opponent equal to the number of Dragon-Type monsters with different names in your Graveyard x 600.
(2): If this card is Normal Summoned or Special Summoned: Target 1 Dragon-Type Monster in your Graveyard; this card’s ATK becomes that monster’s.
(3): If this card on the field is destroyed by a card effect: Destroy all monsters your opponent controls.

Kidou Yousai Metal Hold / Metalhold the Mobile Fortified Fortress OR Metalhold the Moving Battlement
Continuous Trap Card
(1) Activate this card by targeting any number of Level 4 Machine-Type monsters you control; Special Summon this card as an Effect Monster to your Monster Zone (Machine-Type/EARTH/Level 4/ATK 0/DEF 0), then equip those targeted face-up monsters to this monster. (This card is also still a Trap Card).
(2) If Special Summoned by its own effect, this card gains ATK equal to the combined original ATK of the monsters equipped to it by its own effect, also your opponent cannot target other monsters you control for attacks or with card effects.

Chaos Form
Ritual Spell Card
This card can be used to Ritual Summon any “Chaos” or “Black Luster” Ritual Monster.
(1) Tribute monsters from your hand or field, and/or banish “Blue-Eyes White Dragon(s)” or “Dark Magician(s)” from your Graveyard, and after that, Ritual Summon from your hand 1 “Chaos” or “Black Luster” Ritual Monster whose Level exactly equals the total Levels of those monsters.

Houkai Rin’ne / Houkai Reincarnation
Normal Trap Card
(1) When an opponent’s monster declares a direct attack: Target that 1 attacking monster; your opponent Special Summons in Attack Position as many monsters with its name as possible from their hand, Deck, and/or Graveyard, and if they do, have the targeted monster’s ATK and the Summoned monsters’ ATKs become 0, and if you do, place 1 Houkai Counter on those monsters, then Special Summon 1 Level 4 or lower “Houkai” monster from your hand, ignoring its Summoning conditions. Monsters with Houkai Counters cannot attack, also their effects are negated.

Houkai’in Vijam / Vijam, the Houkai Spawn
Level 1 DARK Fiend-Type Effect Monster
ATK 0
DEF 0
(1) Cannot be destroyed by battle.
(2) At the end of the Damage Step, if this card battled an opponent’s monster: Place this card face-up in your Spell & Trap Zone as a Continuous Spell Card, also place 1 Houkai Counter on that opponent’s monster. Monsters with Houkai Counters cannot attack, and their effects are negated.
(3) During the Main Phase, if this card is treated as a Continuous Spell Card by its own effect: You can Special Summon this card.

Marshmacron
Level 1 LIGHT Fairy-Type Effect Monster
ATK 200
DEF 200
You can only use the effect of “Marshmacron” once per turn.
(1) If this card is destroyed (by battle or by card effect): Special Summon up to 2 “Marshmacron”, other than this card, from your hand, Deck or Graveyard.

Houkai Gasshin / Cubic Combination
Normal Trap Card
(1) Fusion Summon 1 “Cubic” Fusion Monster from your Extra Deck by using monsters you control or have in your hand as Fusion Materials.
(2) If a face-up “Cubic” monster is destroyed by battle, or leaves the field: You can banish this card from your Graveyard; Special Summon 1 Level 4 or lower “Cubic” monster from your hand or Deck, ignoring its Summoning conditions. The monster Special Summoned by this effect cannot be destroyed by battle or card effect during this turn.

Houkai Rin’ne / Cubic Reincarnation
Houkaigou / Cubic Karma
Houkai Mandara / Cubic Mandala
Houkai Hadou / Cubic Aura
Normal Spell Card
Target 1 “Cubic” monster you control and 1 face-up monster your opponent controls; the first target’s ATK becomes double its current ATK, and if it does, that second target’s ATK becomes half its current ATK.
You can banish this card and any number of “Cubic” monsters in your Graveyard, then target that many face-up monsters your opponent controls; place 1 Cubic Counter on each of those monsters. Monsters with Cubic Counters cannot attack, and their effects are negated.

Ankoku Houkai Jashin Crimson Nova Trinity / Crimson Nova Trinity, the Dark Cubic Wicked Deity
Level 10 DARK Fiend-Type Fusion Effect Monster
ATK 4500
DEF 300
Fusion Materials: 3 “Crimson Nova, the Dark Cubic Deity”
Must be Special Summoned by a Fusion Summon with the above Fusion Materials, and cannot be Special Summoned by other ways.
(1) Cannot be targeted by, or destroyed by, an opponent’s card effect.
(2) When this card attacks: Halve your opponent’s LP.
(3) Once per Battle Phase, if this attacking card destroys a monster by battle: You can have it attack once more in a row.
(4) If you take effect damage: Inflict the same amount of damage to your opponent.

Final Geas
Normal Trap Card
(1) During the turn in which 1 or more monsters with an original Level of 7 or higher were sent from both players’ fields to the Graveyard: Banish all monsters in both players’ Graveyards, then, you can Special Summon 1 Spellcaster-Type monster with the highest Level from the cards banished by this effect.

Magicians’ Protection
Continuous Trap Card
(1) While you control a face-up Spellcaster-Type Monster, all damage you receive is halved.
(2) If this card is sent to the graveyard: You can target 1 Spellcaster-Type monster in your Graveyard; Special Summon that monster.

Pandemic Dragon
Level 7 DARK Dragon-Type Effect Monster
ATK 2500
DEF 1000
(1) Once per turn: You can pay any multiple of 1000 LP; every other face-up monster loses ATK equal to the amount you paid.
(2) Once per turn: You can target 1 monster on the field whose ATK is lower than or equal to this card’s ATK; destroy it.
(3) If this card is destroyed by battle or card effect: Each face-up monster loses 1000 ATK.

Madoukeiyaku no Tobira / Gate of the Magical Contract
Normal Spell Card
(1) Hand your opponent 1 Spell Card from your hand, then add 1 Level 7 or 8 DARK monster from your Deck to your hand.

Counter Gate
Normal Trap Card
(1): If an opponent’s monster attacks you directly: Negate that attack, and if you do, draw 1 card, and if the drawn card is a monster, {{Special}} Summon it in face-up Attack Position.

Crystal Avatar
Continuous Trap Card
(1) When an opponent’s monster whose ATK is higher than your LP attacks you directly: Special Summon this card to your Monster Zone as an Effect Monster (Warrior-Type/LIGHT/Level 4/ATK ?/DEF 0). This card’s ATK becomes the same as your current LP when this card was activated. (This card is still treated as a Trap Card.)
(2) At the end of damage calculations, if this card was destroyed by battle: Inflict damage to your opponent equal to this card’s ATK.

Ankoku Houkaishin Crimson Nova / Crimson Nova, the Dark Cubic Deity
DARK Level 10 Fiend-Type [Special Summon] Effect Monster
3000/0
Cannot be Normal Summoned/Set. Must be Special Summoned (from your hand) by revealing 3 other different “Cubic” cards in your hand, and cannot be Special Summoned by other ways. You can only use the (3) effect of “Crimson Nova, the Dark Cubic Deity” once per turn.
(1) This card is unaffected by activated effects from other monsters with 3000 or less ATK.
(2) Once per Battle Phase, If this card destroys a monster by battle: You can have this card attack once more in a row.
(3) During your End Phase: Inflict 3000 damage to each player. 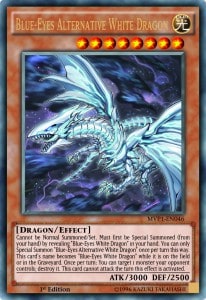 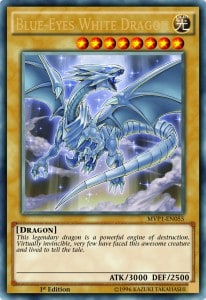